A profitable and respected leasing company helping SMEs in Mexico to forge their own success, Unifin has undoubtedly proved to be a Latin American trailblazer. Here is how the 23-year-old firm has surged ahead and ensured no competitor even comes close to its top sector ranking:

As far as success stories go, Mexican independent leasing company Unifin is up there with the best. Not only was the company’s May 2015 share offering the first for a Mexican public company since December 2014, but even US politics can’t touch it – if the company’s 13th and 14th successful Leasing Portfolio Securitisation for Ps. $2,500 million in November is anything to go by.

And it certainly should be, considering it was the first transaction in Mexico following Republican Donald Trump’s election on November 8 (the Unifin deal took place on November 30). Despite the adverse market conditions, the deal was actually over-subscribed by almost twice as much. The fixed rate insurance deal proved particularly appealing to private pension funds, insurance companies, mutual funds and retail investors.

Financially stable with room for growth

Market analysts say that the successful transaction was down to Unifin’s financial stability, the strength of its core operation team and the opportunities for market expansion. There is also the fact that the company specialises in providing assets and loans for small to medium-sized enterprises in Mexico – something the sector was crying out for in the absence of bank lending (only 24 per cent of SMEs are given financing).

Chief Financial Institutional Officer at Unifin, Mr. José María Muñiz Liedo explains: “The Mexican SME segment has very low penetration by the banks. In fact, banks aren’t involved in the leasing business in general – and which, of course, provides us here at Unifin with an excellent advantage.”

Not only that, but the Unifin in-house analysis team is confident that – given little interference by the US Republican administration – SMEs in Mexico will experience significant growth over the next few years. Physically and metaphorically Unifin is in a good place to meet those needs; with its HQ in Mexico City, the company has strategically-placed regional offices where the majority of SMEs are located – Hermosillo, Chihuahua, Monterrey, San Luis Potosi, Guadalajara, Leon, Queretaro, Puebla, Veracruz, Merida and Cancun.

In terms of its balance sheet, the company is indeed riding high financially. The boardroom prides itself on having prudent and strict financial decision making. This financial strategy has come to fruition over and over again, especially considering that last year its net loan portfolio had increased 61.6 per cent by September 30 year on year. Non-performing loans added up to only 0.60 per cent of the loan portfolio of the company.

“Part of what differentiates us from our competitors is the way we finance ourselves,” said José María Muñiz Liedo. “It’s our diverse funding profile which has crucially provided us with ongoing access to liquidity. Around 37 per cent of our funding is via securitisations, 35 per cent from international notes and 28 per cent from our own funding profile. You could say our listing on the Mexican Stock Exchange on May 22 2015 was a real turning point for us.”

From cars to cranes, printing and medical equipment

Unifin, which has been named by The Alta Group as Latin-American’s number one leasing company, was founded in 1993 by Rodrigo Lebois and has three strings to its bow – operating leasing, financial factoring and auto loans. It also provides other forms of lending, but on a smaller scale.

Operational Leasing remains Unifin’s core market (89 per cent of the company’s output) and covers machinery and equipment such as those used for medical matters, in aluminum mining and printing, as well as vehicles for transport, such as trucks, helicopters and cranes. It also provides assets for other forms of business.

The company takes pains to ensure diversity throughout their operations to the extent that in September last year 72.6 per cent of the business was devoted to leasing, 9.8 per cent to factoring and 17.6 per cent auto and other loans. Unifin does not rely on any particular company or client, 1.3 per cent is the largest share.

The growth of a successful public company

Originally called Arrendadora Axis and operating solely in the vehicle leasing sector, it changed its name to Arrendadora Unifin and in 2001 Luis Barroso joined as CEO. He created a team of qualified and experienced professionals who make up the Unifin team. The company became a SOFOM ENR in 2006, allowing it to offer various financial services and factoring. At the same time it became the first Mexican firm to instigate a leasing securitisation.

With the help of local private equity, Unifin became Unifin Financiera SAPI DE C.V. SOFOM ENR in 2009 with the aim of becoming a public company. In 2015 it was listed on the Mexican Stock Exchange.

“The leasing industry has a lot of space to grow in Mexico, compared to other Latin American countries such as Chile, Colombia or Brazil,” said José María Muñiz Liedo. “In Brazil, for instance, leasing represents nearly one per cent of the country’s GDP, whereas in Mexico it’s only 0.04 per cent of GDP.

“In developed economies leasing can actually represent more than 50 per cent of total capital asset financing, in Mexico we are nowhere near that. This means that we still have a lot of room to grow here in Mexico, especially with the SME sector itself growing and expanding both now and in the near future.”

As well as its focus on Mexican SMEs, a further differentiating point for Unifin is the fact that it does not merely concentrate on a single product.

“We’re a one-stop-shop for SME’s really,” said José María Muñiz Liedo. “In other words, we give clients the opportunity to lease yellow equipment, IT equipment, office furniture, etc at the same time – rather than them having to spend days or even weeks sourcing it from various companies. We will also offer a custom-made financial solution which fits in with the company’s particular strategy and, at the same time, ensures they remain in sound financial health.”

Find out more about the company and their operation at www.unifin.com.mx

A man who embraces challenges – his first company was only a year old when the 1994 recession hit, after all – Rodrigo Lebois is undoubtedly a worthy winner of two awards in our Global Corporate Excellence Awards category.

Born in Mexico City and a Business Admin graduate of the Universidad Anáhuac México Norte, Mr Lebois started his company 23 years ago, with five employees, offering financial leasing in the automobile sector. That same company now has more than 500 employees and specialises in Leasing, Factoring, Auto Loans and Licensing.

In addition to his Unifin interests, Mr Lebois sits on a total of 10 Boards – including Banco Mexicano S.A. and is a Director of Maxcom Telecomunicaciones S.A.B. de C.V.

An entrepreneur who loves his country, he believes a large part of success in business lies with the ability to build and develop a talented team of individuals.  As such, he is an active member of The Duke of Edinburgh’s World Fellowship scheme, as well as the government’s Strategic Committee between México and France.

SOMETHING TO CHEW ON: THE SUPERFOOD GUM TAKING THE WORLD BY STORM 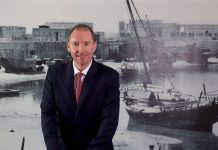 Dulsco: One Company, One Vision, Many Solutions 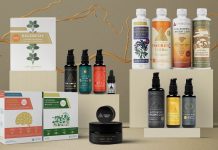 Cymbiotika – Nature at its best

Global Biotech Outlook: How Covid Has Changed the Industry

US Green Energy Outlook: Will 2021 Deliver on the Hype?

ASIA-PAC Outlook: Will the Year of the Bull See China Lead... 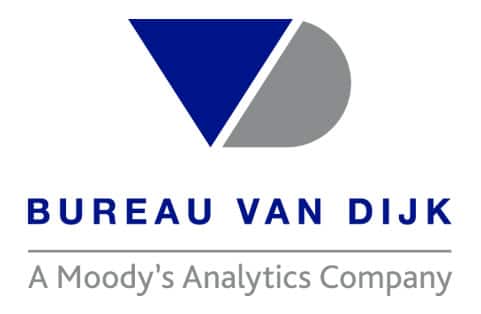